Under its permit, M50 Skip Hire had to provide an annual environmental report to the council, judge says 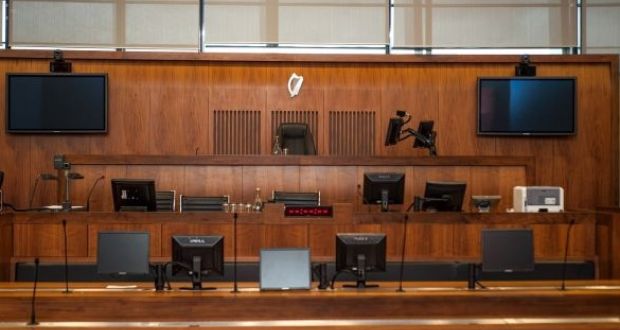 The Commissioner had ruled, while the data (WDD) was industrially confidential within the meaning of 2007 regulations on access to environmental information, the public interest was served by permitting rather than refusing its disclosure.

In a 99 page judgment on Wednesday, Mr Justice Mark Heslin rejected the challenge by M50 Skip Hire & Recycling Ltd, based in Santry, to that July 2019 decision.

The company’s case was against the Commissioner with Fingal County Council and the man who sought the information, referred to as Mr XY, as notice parties.

The judge noted, under its waste collection permit, M50 Skip Hire had to provide an annual environmental report (AER) to the council.

In June 2018, Mr XY requested the firm’s 2017 AER from the council and got the report with material redacted, including the WDD. The Council said the WDD, the facilities to which waste was sent by M50 Skip Hire, was commercially confidential within the meaning of Article 9.1.c of the 2007 regulations.

Mr Justice Heslin said the fundamental basis for the firm’s objection was its view that the Commissioner, having carried out the public interest balancing test set out under Article 10.3 of the regulations, should have arrived at a “different” outcome and had struck the “wrong” balance.

That was not a basis for the court to overturn the decision which the evidence showed was lawfully made, he said.

Arguments that the Commissioner failed to consider the commercial confidentiality of the data and the potential damage to the company’s business when carrying out the balancing test were undermined by the evidence, he held.

No specifics were given by the firm as to how disclosure would prejudice its competitive position, he said.

The Commissioner had made clear the exemption from disclosure provided for in Article 9.1.c was subject to weighing up the public interest in disclosing the WDD, he said.

It was “entirely permissible” for the Commissioner to find the WDD was commercially sensitive to the firm, and commercially confidential within the meaning of Article 9.1.c, yet go on to direct its release, having applied the balancing test in Article 10.3.

Earlier in his judgment, the judge noted Brian Redmond, a director of M50 Skip Hire, had said in an affidavit that Conor Walsh, secretary of the Irish Waste Management Association and employee of SLR Environmental Consulting Ltd, had informed Mr Redmond that it was he, Mr Walsh, who had requested the information from the Council.

The judge was satisfied that the identity of Mr XY and his motivation for seeking environmental information were not relevant issues in the case.

There was no evidence Mr Walsh withheld his identity from the Council or Commissioner when seeking the information and the fact he was secretary of the Association and an employee of SLR did not disentitle him from seeking it.

In that decision, the Commissioner said it would be appropriate to apply an additional weighting to the disclosure of environmental information on waste management because such disclosure would facilitate public scrutiny.

The Commissioner had emphasised he would be conducting a de novo review in M50 Skip Hire’s case and would not be bound by the earlier decision, the judge said.

Do you know where your Electronic Waste WEEE ends up?
Electronic Recycling have fully transparent downstream information that allows our customers to know exactly what happens the any WEEE we handle.

I have always thought of bees as one of those things that could trigger a human catastrophe if they disappeared, up there on a scale of destruction with the loss of the Amazon Rain Forest or the various warm sea currents around the globe. The concept being that certain things we take for granted could disappear and start an irreversible chain reaction that would make the planet uninhabitable for humans.

“If the bee disappeared off the surface of the globe, then man would have only four years of life left. No more bees, no more pollination, no more plants, no more animals, no more man.”


A pretty stark prediction by someone as eminent as Einstein (I will return to this later) is a serious call to action especially when the facts suggest that we are on the slippery slope to pollinator extinction. So, with The Sword of Damocles in the air further research on the current position of pollinators was needed.

So what’s causing the decline? The main and most obvious cause is due to habitat loss of hedgerows and wild meadows as a result of intensification in farming and the increase in the use of pesticides. There is also the issue of intensive farming of the honeybee as the main commercial pollinator of choice. It is the farmed honeybee that is most under attack from pesticides and colony diseases. Another cause of loss of habitat is urban development and climate change

So, is Einstein’s prediction correct, when the bees go, we have four years left? Well, first off, Einstein never said any such thing. This looks like a classic case of a useful quote’s being invented and put into the mouth of a famous person to add credence. (pic is photo shopped). There is some justification for using this kind of comment going back as far a Darwin, who mentioned the importance of the connection between bees and man. Since then some version of the importance of bees to our continued existence has been regularly quoted and obviously expanded until the quote arbitrarily attributed to Einstein eventually evolved. (Darwin, Evolution…..)

Interestingly the first version of the exact quote comes from Ireland when, in 1966 “The Irish Beekeeper” printed a remark attributed to Einstein that gave a time limit for mankind quoting Abeilles et fleurs.
“Professor Einstein, the learned scientist, once calculated that if all bees disappeared off the earth, four years later all humans would also have disappeared. Abeilles et fleurs, June, 1965.”
(full story from an investigation by “Quote Investigator” )

The most “Authoritative study” I could find on the subject concluded that primary food production, and especially our staple foods, is independent of insect pollination. Sixty percent of global food production comes from crops that do not depend on animal pollination, although our diet would be dramatically impacted upon as 35% of crops depend on pollinators.

Thirty five percent is still a significant number and bees and other pollinating insects play an essential role in our ecosystems. The annual worldwide economic value of bees’ pollination work has been estimated around €265 billion. So from a purely economic point of view we need the bees.

Apart from our food, the psychological impact on humans if flowers disappeared might be a bigger problem than the loss of certain foodstuffs. Who has not enjoyed the pleasure of a summer afternoon in a garden awash with colour from flowers and the lazy hum of bees as they gather nectar in the warm, heavy sunshine?

What about honey and all the wonderful benefits it bestows on our daily existence? Bees are the only insect that produces food eaten by man and honey is the only food that includes all the substances necessary to sustain life, including enzymes, vitamins, minerals, and water; and it’s the only food that contains “pinocembrin”, an antioxidant associated with improved brain functioning.

So, we know we have a problem, it may not be as big as some of the scaremongering types would like us to believe but it is a problem that needs addressing. Of course one of the most important things about fixing problems is knowing that we have one in the first place. Now that we know, what are we going to do about it?

The actions set out in the “All Ireland Pollinator Plan” are certainly a good place to start.

Farmers can help by taking on board the replanting of biodiversity friendly hedgerows and wild flower strips between fields. There is a major question about the effect of the pesticides used in intensive farming on pollinators and while there is some argument about this, there certainly seems to be some cause and effect so farmers need to consider embracing more ecological management systems for crop management. The “BurrenLIFE programme” is a good example of farming methods in harmony with the environment

Government and Local Authorities can help by establishing bee friendly habitats along roadways and other public areas.

Individual householders can help by considering bee friendly initiatives for our gardens. Some good suggestions in “Bumblebee conservation trust”


There are a huge amount of articles to read on the relationship between humans and bees. I liked this one by Eimear Chaomhánach a lot “The Bee, its Keeper and Produce, in Irish and other Folk Traditions”